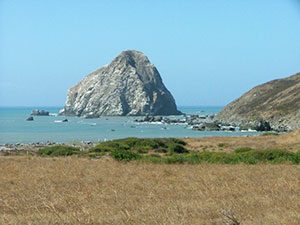 South Cape Mendocino State Marine Reserve is a nine square mile MPA off shore from the town of Petrolia, in the Lost Coast of Northern California. Unique, steep, and rugged terrain characterizes the shoreline, which extends into the King Range, a protected range of mountains that run parallel to the coast. The waters in this MPA are crucial breeding grounds for a number of marine mammals and seabirds.

Go tidepooling! Since this MPA occurs along the coast, which has a stretch of road adjacent to it, it is a great chance to take a closer look at the area’s marine life and take in the picturesque views.