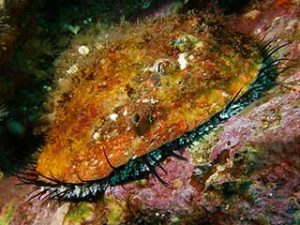 In 2006, in response to continued declines in abalone catches in the Gulf of California, the local fishing cooperative of Isla Natividad voluntarily established two marine reserves, where the take of all marine life was prohibited. Here, fishermen protected 8% of all fishing grounds surrounding the island from harvest pressures. Two years in a row, the area was hit hard by hypoxic events, which occurs when levels of oxygen in the water column dip. These episodes of low dissolved oxygen can weaken and kill marine life, causing widespread mortality of abalone.

The hypoxic events that are impacting abalone populations are relatively new developments along the western coast of North America. Oxygen Minimum Zones appear to be expanding, setting the stage for future hypoxic events. This, combined with other environmental impacts such as an increase in mean ocean temperatures, lends scientific support to recommendations for the establishment of networks of marine protected areas to help offset environmental impacts. These findings suggest that management actions aimed at alleviating local stressors, such as protection in marine reserves, can also provide resilience to climatic impacts through greater resistance and faster recovery of protected populations and spillover to adjacent areas outside of the reserve.